Things I've learned so far from the Olympics:
1) The guy on the synchronized diving team from Mexico has one of the most impressive manicured unibrows I have ever seen.  But I think he may have cleaned it up before the medal ceremony because this pic does not do it justice. 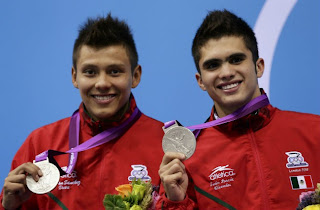 2) I LOVE watching gymnastics but I am so distracted by the commentators.  I can't decide whether they are hilarious or just make me mad.  Maybe as a former gymnast I just don't take their criticism very well.
3) Bob Costas needs a new makeup artist.


Things I learned from a super fun weekend at the lake with high school friends:
1) It is not really a successful girls lake weekend until someone falls in the water in the dark (sorry Meg B)
2) Dance Party USA never gets old.  However "old" does come to mind when the coffee table is full of water bottles instead of beer cans at 2 am when the dance party is over.
3) If your lights go out on the boat, 8 cell phones held high up in the air are just as good.
4) It is amazing how much you can love 48 hours of lake, sun, boat, food, drinks, and friends.  My cheeks hurt from laughing.
5) Equally amazing is how much you can love your kids AND your family who volunteers to keep them so you can have some time away.
6) We all agreed - thank GOD facebook, texting, and other social media outlets did not exist when we were in high school.  We just had plain old dial up AOL chats back then.

I was too busy having fun to take pics.  Plus there is an unspoken "no pic on the internet unless approved" rule from a girls trip.  But Anna Ruth put cute pics of all the kiddos on her blog.

Posted by Sage and Jack at 9:28 PM No comments:

Put it in a Bottle

If I could bottle up a weekend to replay sometime in the future, I think I would choose last weekend.  First of all, it was not unbearably hot.  Second of all, we had no big plans or events.  I love to walk.  And I love my babies.  And I love food.  And I really love when all three are combined.

Friday night we walked up to South Depot Taco Shop and sat on the patio with the girls.  Saturday morning we walked to the farmers market and hung out for a while.  Then I had a massage (not a relaxing one, it hurt, but good and needed).  We played with the girls and they spent a lot of time jumping.  Saturday night we had a pajama party (pics below).  Throughout the weekend we cooked and ate.  A lot.


I'm a little too in love with food.  Always have been.  And now I'm in love with taking pictures of food while trying to figure out how to better work my camera.

Unfortunately our lovely weekend was followed by a trip to the doctor for shots.  Seems like we've spent our life at the doctor in June and July with 9,000 ear infections.  Brooks is getting tubes Monday.  Anna just finished antibiotics for her second (recent) ear infection and we discovered Irene has (another) double ear infection while at the check-up. 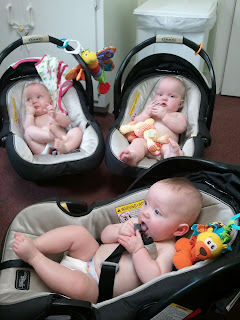 Posted by Sage and Jack at 8:53 PM No comments:

Last Sunday I was driving back to Oxford from a night of celebrating Sarah's upcoming nuptials to Mike.  I drove through a horrible thunderstorm and instead of focusing on my potential impending death from hydroplaning, I perfected my list of favorite movies and songs.  Jack and I play this game a lot and also at Sarah's dinner the night before we were having some "name your favorite" discussions. The rule I use is that it has to be something I am so excited about when I randomly find on TV or the radio and would never change the channel.  There are more that fit that category but I tried to stick to just 5 on movies.  That limit was too hard with songs so I justified that I could pick enough songs for a good playlist.

Sage's Movies:
1. The Departed
2. The Princess Bride
3. The Neverending Story
4. Goodfellas
5. 16 Candles
(runners up: Almost Famous, Ferris Bueller, Love Actually and I'm anticipating/hoping The Great Gatsby will be up there soon too)

So now I want to do one of those blog tag things because I've never done that.  I don't even know how so I'm just going to say I'm tagging these people to list their movies and songs.

An Unlined Page
Sadler Adventures
A Shower Fresh Garden
Just Roughen Along
The Metzner Family
Posted by Sage and Jack at 9:55 PM 5 comments:

This was the song of choice after trying Bouncing Around the Room and Van Halen's Jump. 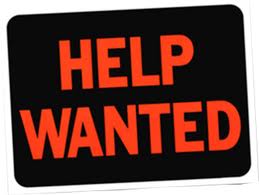 Job Title:
Email Inbox Cleaner for a Self Confessed Hoarder

Responsibilities:
- Bring a couch to my office (a nap mat will do)
- Bring some coffee and wine (I will rotate)
- Bring me a cute little bell to ring
- Make a comfortable spot for me to lay down.
- Read the subject line of each email in my inbox.  I will give you a thumbs up (keep), thumbs down (delete), or I will ring a bell for more information (FYI- the bell doubles as a call for more coffee and/or wine, which is two rings.  Listen carefully).
- If the bell rings once, read the actual full email chain.  Please use different voices for each person, hand gestures as needed, adjust your voice based on the text style (YELLING, fading off...., etc.), and make facial expressions based on emoticons.  Perhaps I will have you come lurk in the office for a few days prior so you can get down the personality styles.
- At some point during or at the end of your performance I will ring the bell again followed by a thumbs up or thumbs down.
- Once we have narrowed the inbox down to only the thumbs ups, you will read through the subject lines again and I will direct each email to a folder.
- If I cannot clearly articulate a folder within 30 seconds, delete the email.  No questions asked.  I may beg you to keep it but DO NOT GIVE IN.
- While we are at it bring in some cool new music for me to get to know so I can at least pretend I don't listen to Barney and Praise Baby all the time.

Pay:
None but what a wonderful experience, right?

If this works well for my somewhat-in-control work email inbox, then we will move my totally-out-of-control personal inboxes. Although you will really have to brush up on your acting skills to read the emails from some of my family (specifically you, Bubba Grump) and friends (I'm looking at you, Leslie.  PS, update your blog).

***Wait....do other people consider this a function of a Personal Assistant?  Don't tell that to the person who gets the unpaid position of Email Inbox Cleaner for a Self Confessed Hoarder.
Posted by Sage and Jack at 8:00 PM 4 comments:

Last year in July one of the nonsensical things I blogged about was my grocery cart - Line Judging.  Last night I needed something chocolate.  I don't keep chocolate around the house because usually I crave salty, not sweet.  I searched high and low and could not find a thing.  Then in the back of a cabinet I found a container of frosting.  I remembered that I bought it a year ago on my random grocery spree.  I looked at the expiration date and it was August 2011.  I do not eat things past their expiration date....EVER. 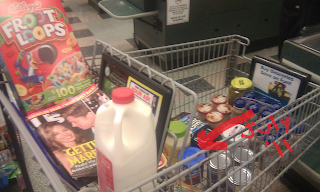 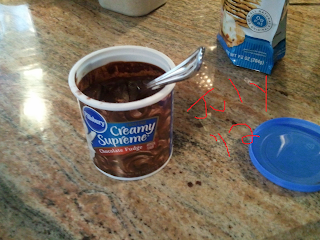