Everybody Slept Through The Night!!!

No, not the babies.   They've been doing that for months, although lately teeth and ears have caused some disruptions.   I mean every single living being in the house - 3 babies, 2 dogs, 2 adults (if there are other living beings here I'd rather not know about them) slept the entire night.  And to narrow that down, I mean ME.  I slept 8 hours.  Without waking up once.  If you know me, you know that this is very close to miraculous.

I remember checking that everyone else was asleep, turning on the tonight show, reading on my ipad (yes, I know that I do all the wrong things to create a perfect sleep environment), and then the next thing I know it is 6:30 AM.

So the logical thing to do would be to repeat the evening pattern from last night to see if this can happen again.  First I played with the babies, then I went to book club, and then I had my fantasy football draft - not sure this is repeatable.  Whatever the reason, I'll take it and maybe it will happen again sooner rather than later.
Posted by Sage and Jack at 7:56 AM 2 comments:

Maybe because I am analytical by nature....or I love science....or I am taking an independent study course right now on childhood development....but I am FASCINATED by the personality development of the girls.  Or maybe I am just a doting mother.  Probably the case.

Anyhow, I find it amazing that the girls are in the exact same environment with the exact same stimuli and exact same parenting and have such different behavior.  Add to the mix that two have the same DNA with some major similarities as well as major differences and I have a serious science experiment on my hands.   I feel the need to pretend I am a researcher and document my findings so that I can see if behavior now is indicative of future behavior.

Back in December, when the girls were just 6 weeks old, I blogged about about this in Nature vs Nurture
So far what I said about them back then is still very true (the only thing I was wrong about was when I said Irene "doesn't put much effort into her cry".  Definitely wrong, that girl is LOUD when she gets mad).

So now I am going to blog about how they play at this age. 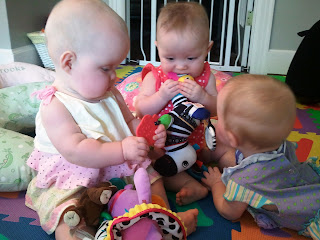 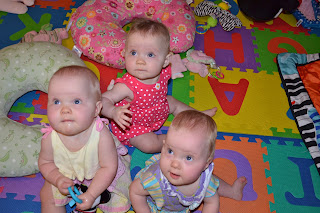 Whether playing or not, Brooks never stops moving/talking/grabbing/banging/general noise-making.  The interesting thing is that she always goes for the things she can take apart.  She spends most of her time taking the floor puzzle apart or finding the actual puzzles in the room and taking out the pieces.  She breaks a lot of toys.  I wonder if that is just a phase or if it means she is going to like to put things together or take things apart?  She also steals toys.  If I put her in the middle of the other two and give them all toys, within 5 minutes all toys are in her lap and the other two are toy-less.

Anna is like the toy explorer.  She goes from toy to toy to toy to toy to toy.  Never spends more than about 10 seconds on any one toy before she moves on.   She will go to a toy, press a button, hear the noise or whatever it does, look satisfied, then go on her way.   Occasionally she takes breaks by rolling to her back and "running" (i.e. kicking her legs rapidly on the floor).  She does not like it when Brooks steals her toys.  She is still very dramatic and craves attention, especially from the dogs.  You would think she has seriously hurt herself when it is clearly just her feelings.

Irene loves to sit and quietly play.  She is very deliberate about what she picks up and decides to play with and she will happily play with one toy in one place for a while.  Occasionally she will drop it and start clapping and laughing.  I will catch her with a huge smile looking at the TV and realize she is smiling at a person on a commercial for something random like Nasonex.  But when she is over playing, she is OVER IT.  She actually doesn't mind too much when her toys are stolen.  I think she may be the peacemaker. 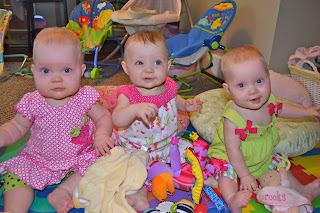 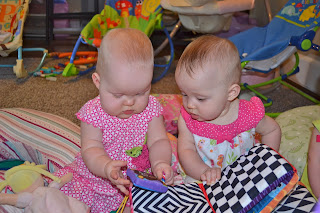 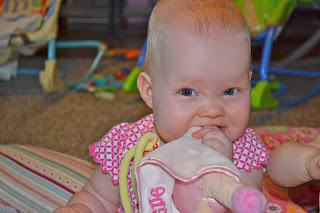 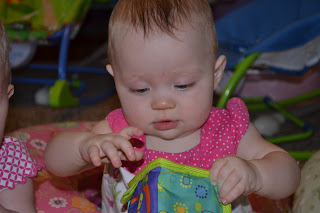 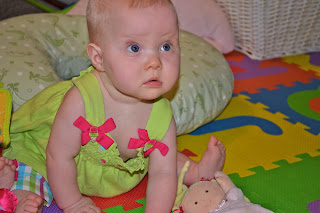 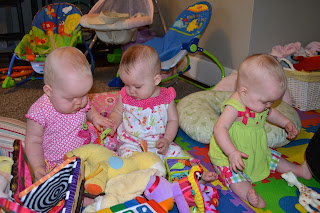 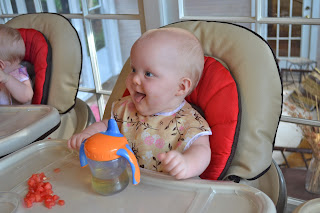 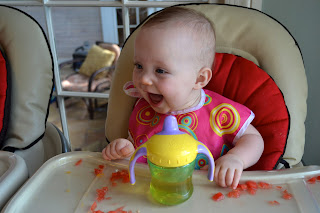 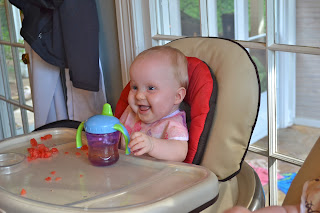 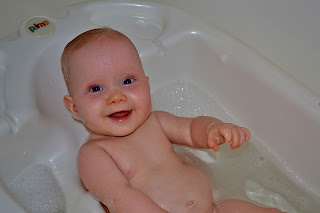 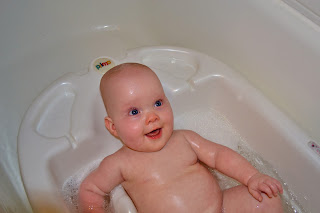 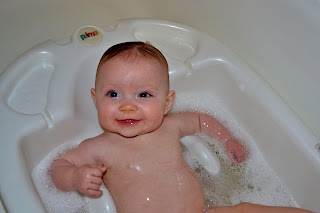 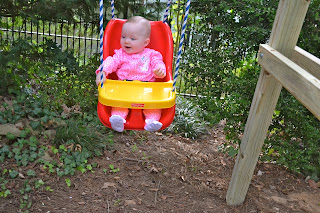 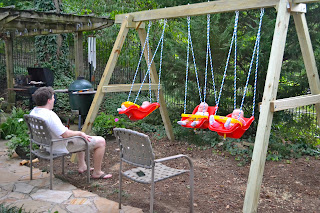 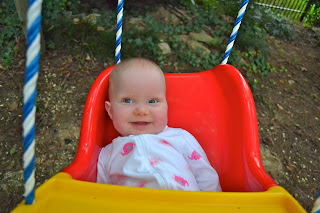 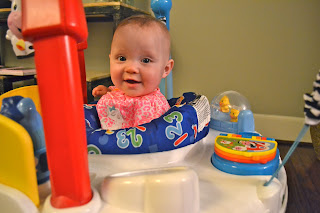 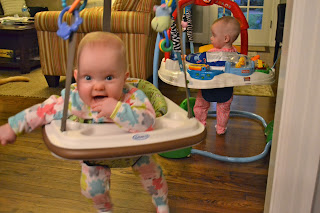 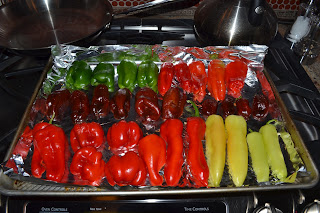 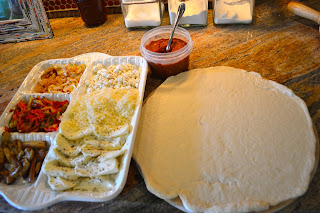 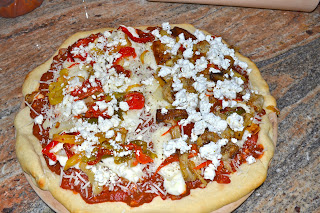 Jack and I have been married for 10 years today
The girlies are now 9 months old
Multiply 8 x 4 x 3 and that is the number of ounces of formula we go through a day
I would love to get at least 7 hours of sleep a night, every night
The girls have 6 cousins
I probably average 5 Google searches a day of things like:  "why is my baby______" or "what do red spots on (insert various part) mean"
We have 4 strollers, each with a different purpose
There are 3 teeth that have appeared in the last month (but all on the same baby)
We love our 2 original (four-legged) babies, Ginger and Maggie
1 baby holding her own bottle may be the best anniversary present ever...major life changer for us...can't imagine what it will be like when all three can do this 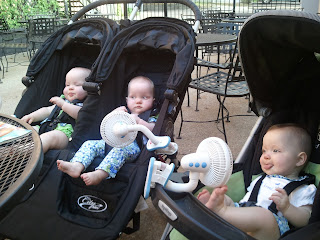 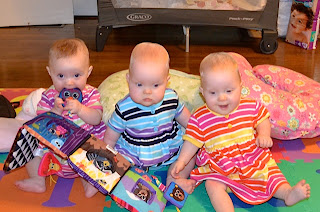 Posted by Sage and Jack at 6:00 PM No comments: