Is there a name for this?

I've come to the realization recently I have a completely ridiculous habit of trying to pick up new hobbies. So much so that I now refer to time periods involving certain hobbies as eras.  This would not be a big deal except for the fact that I also am a bit of a perfectionist.  Not a perfectionist in the traditional sense (for example - my appearance (clearly), my house (very clearly), etc) but related to my abilities and wanting to be able to do something exactly right immediately.

Typically it goes like this:
1) Randomly get an idea that i want to do something
2) Stay up all night and research everything I can about said idea and immediately buy whatever paraphernalia I need for this new venture.  Probably purchase online because waiting for a store to open is too long.
3) Said paraphernalia arrives and I jump full force into my new hobby
4) Within a few days I am frustrated that I have not mastered the trade.
5)  Sometimes I'll stick with it for a while, but sooner or later if that mastery does not occur I move on to something else and pretend the era never happened.

Below I have listed some examples just from the last five years.  With a few exceptions, many of these have come and gone.  Some are recent and I am still sticking with them for now.

Painting
I think this was 2007 or 2008.  Still have all my supplies.  Pretty sure this paint has dried up by now.
Running
This lasted about 6 months in 2008.  I ran a half marathon and totally struggled (perhaps due to my lack of training)....so of course, it wasn't for me.
Gardening
BIG BIG kick circa 2009.  Not just a pot or two for my first attempt. Major flower beds, tons of potted plants, a sunflower area, etc.  I created a document for all my plans (see evidence below).  I had a non published blog site that documented all of the progress with tons of pictures.  I will hate begonias forever because of that year.
Tennis
I still dabble in tennis every once in a while, but I went through a phase where I played all the time.  Not sure my current every other month frequency warrants my tennis skirt collection.
Yoga
With the exception of the pregnancy and months post childbirth this is the one activity I have stuck with.   Hooray.  Finally.
Gourmet Cooking
I like cooking but only if it is something fun and delicious (read:  complicated).  This means I don't do it very often because fun and delicious doesn't fit into the routine most days.  Trust me, there have been phases and I'm sure there will be more.  This one is recurring.
Refinishing Furniture
This was such a short phase that I am not even sure that it deserves a title.
Blogging
Yeah....
Guitar
I got a guitar for my birthday last year.  Did I take lessons?  No.  Did I do tutorials online?  No.  Did I look up songs I like and immediately try to start playing them in their entirety?  Yes.   When is the last time I played?  I don't know.
Chess
I haven't given this one up yet, which is shocking when you consider my ongoing losing streak in chess with friends.   It is still new, so give me time to give it up.
Photography
Get a fancy camera?  Check.  Read the manual?  No.  Learn ANYTHING about it?  No.  Try to take pictures and wonder why they just look like any other picture?  Yes.   Ongoing.
Genealogy
I got into this earlier this year.  For about two weeks I spent every minute of non-work and non-mother time on Ancestry.com.  It was seriously fun.  Then I traced this back far enough that I started hitting dead ends.  Then it wasn't fun.  I'm still dabbling.
Learning a language
It's a long story.  But I highly recommend the app duolingo.

I think I have a warped perception of the amount of free time that I have.

I've decided that now I have a choice.  1) Find one thing to focus on (like yoga) and try to do that one thing really really well.  2) Pick a few things that to dabble in, but try to make myself be okay with just doing them a little.  You know - a casserole for dinner.   A potted plant or two on the front porch.  Master 'twinkle twinkle' on the guitar.  Gracias and de nada can serve as my language skills.  One or two yoga classes a week.  The occasional leisurely tennis match.

OR maybe I will just keep adding to my list of hobbies that come and go.

As a side note - oddly enough I don't really have the same perfectionist problem when it comes to parenting. I do my best and I know that is all I can do.   I think having three babies at once makes you come to this conclusion very quickly. 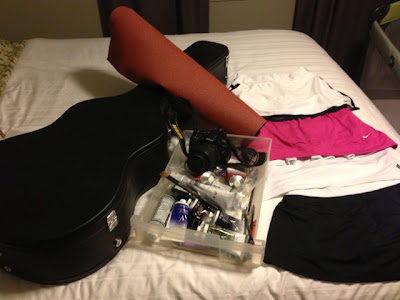 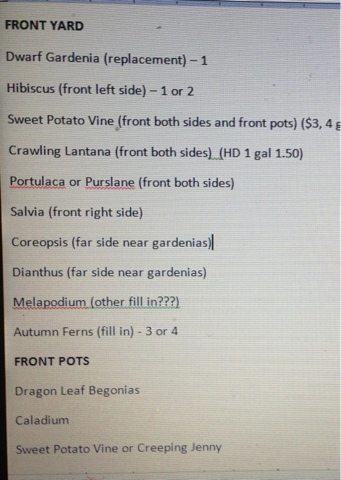 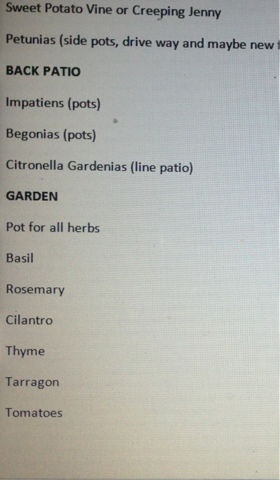 How I am spending this morning before the babes wake up.  (besides blogging).  Coffee and chess while listening to a thunderstorm?  Yes Please. 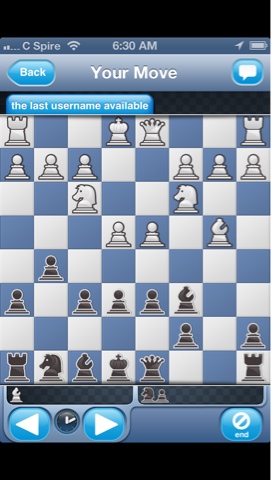 This video gives a small glimpse of playtime these days.  The girls interact constantly.  It is fun for the most part, although there are definitely some fights.

You'll see some talking (Irene), pickup up toys and turning things over (Brooks), telling a sister no (Irene), and just doing her own thing (Anna).  And a pillow fight.